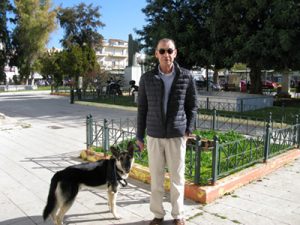 Firewheel Books is the imprint for books by esoteric author, lecturer and researcher Tim Wyatt, who has been a life-long student of the Ageless Wisdom teachings. Founded as a micro-publisher in 2015 its books have been warmly received in more than 40 countries around the world and widely praised for their clarity in explaining often difficult esoteric ideas and occult truths.

It also publishes appropriate works by other authors but is not currently seeking further submissions. Tim Wyatt’s albums Atlantis Outcome and Echoes From The Bay are also available.

The purpose of these books is to explain ancient and timeless truths in simple and easily understandable ways. They are aimed at both the general reader and those with a more in-depth knowledge of these ideas. The key themes of these publications are: death, reincarnation and karma; the interconnectedness of all life; cycles of evolution; the non-physical realms; and expanding human potential.