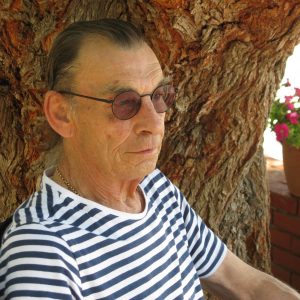 Tim Wyatt is an esoteric writer, lecturer, researcher and organiser. A broadcast and print journalist for half a century, he has won awards for his plays and TV documentaries. He has produced numerous TV films and currently writes for various esoteric publications worldwide.

He is the author of more than fifty books including Cycles of Eternity: An Overview of the Ageless Wisdom distributed to more than 40 countries. As an international lecturer for the Theosophical Society and other organisations he travels widely across Europe.

He is the founder of The School of Applied Wisdom based in Leeds and also helps to run Leeds Theosophical Society.

He has been a life-long student of esoteric ideas and occult science and is a dedicated explorer of consciousness. He is a lover of the natural world and lives in the Yorkshire Pennines with his cat Electra.